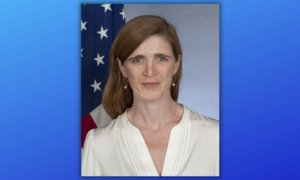 The below is attributable to Spokesperson Rebecca Chalif:‎

On August 17, 2021, Administrator Samantha Power spoke with Zambian President-elect Hakainde Hichilema to congratulate him on his election as the seventh President of the Republic of Zambia and to discuss his plans for fighting corruption and strengthening democratic values, press freedom, and civil liberties.

The Administrator and President-elect Hichilema discussed the critical role played by Zambian civil society during the peaceful election and how their vigilant oversight increased the transparency of the electoral process and contributed to the widespread confidence in the results, despite the constraints imposed by the government on the President-elect, including limits on his movement and a social media shutdown that started on election day.

President-elect Hichilema emphasized that it was important for his new government to demonstrate that it can deliver for the people of Zambia, especially young people. Administrator Power said that the United States looked forward to partnering with the President-elect’s government as it seeks to meet the Zambian people’s democratic and economic aspirations. President-elect Hichilema noted his hope that, in a period of democratic backsliding globally, Zambia’s progress can serve as an example for other nations.

The Administrator noted USAID’s long-time support of the Zambian people across programming in health, education, climate change, economic development, and democracy and governance. They also discussed the challenges Zambia and the world are facing as a result of the COVID-19 pandemic, and they pledged to work together in an effort to fight the pandemic and accelerate Zambia’s economic recovery.