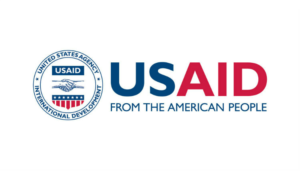 LUSAKA – The United States joins the Zambian government in commemorating World Malaria Day under the 2021 theme, “Draw a Line for Malaria Free Zambia.”  The United States is proud to support Zambia to continue its fight against malaria, working together to sustain essential malaria services amidst the challenges of the COVID-19 pandemic.

Despite incredible progress, many people still lack the malaria interventions that could save lives.   Many nurses, midwives, community health workers and others are delivering essential malaria services with insufficient training, equipment, and resources. These circumstances make eliminating malaria a very challenging and formidable task many countries.

“As a longtime partner in the fight against malaria in Zambia, the U.S. government is committed to supporting Zambia in drawing the line against malaria and ensuring we sustain the gains made over the years,” said USAID/Zambia Mission Director Sheryl Stumbras.

In partnership with the Zambian government and its National Malaria Elimination Center, U.S. investments have helped decrease child death rates from malaria by 37 percent nationwide, and overall malaria deaths by 76 percent since 2010 in PMI-focused provinces.  Additionally, PMI has strengthened malaria case management at 387 health facilities and increased oversight capacity at Zambia’s district and provincial levels.

About PMI: The U.S. President’s Malaria Initiative (PMI) supports 24 partner countries in sub-Saharan Africa and three programs in the Greater Mekong Subregion in Southeast Asia to control and eliminate malaria.  Led by the U.S. Agency for International Development (USAID) and implemented together with the U.S. Centers for Disease Control and Prevention (CDC), PMI delivers cost-effective, lifesaving malaria interventions—such as insecticide-treated bed nets, indoor residual spraying, and essential medicines—and invests in health workers and health systems to accelerate the global fight against this deadly infectious disease.  Thanks to the generosity of the American people, PMI benefits more than 700 million people at risk of malaria worldwide each year.