On October 27, the U.S. government through Peace Corps Zambia swore into service in 31 new volunteers from the United States following 11 weeks of training in technical skills, language, and inter-cultural understanding.

The volunteers will work with community members in rural areas of Zambia for two years on education and health programs in the Central, Eastern, Luapula, Northern, Muchinga, Northwestern, and Southern provinces.  Eighteen of the volunteers will serve under the Ministry of Education to support teachers in primary and lower secondary schools (grade 5 to 9) in developing innovative and gender-equitable teaching methodologies, in addition to teaching English.  The remaining 13 volunteers will serve under the Ministry of Health to support community health workers in promoting strategies to improve maternal, neonatal, and child health, in addition to teaching about malaria control and prevention methods.

The Minister of Education, Honorable Douglas Syakalima, was the guest of honor at the ceremony.  His Royal Highness Chief Chamuka VI of the Lenje people, and Director of Public Health for the Ministry of Health, Dr. Patricia Bobo, were special guests.  U.S. Ambassador to Michael Gonzales officially swore in the 31 new volunteers.

In addition to their core responsibilities in education and health, all 31 volunteers will provide HIV/AIDS prevention assistance in their communities through the U.S. President’s Emergency Plan for AIDS Relief (PEPFAR).  They will also share information in their communities about preventing the transmission of COVID-19 and promote access to COVID-19 vaccines offered by local health centers.

Peace Corps works in Zambia at the invitation of the Zambian government.  Since the first Peace Corps volunteers arrived in Zambia in 1994, over 2,400 volunteers have lived and worked in rural communities throughout the country.  Zambia has traditionally hosted the largest number of Peace Corps Volunteers in the world. 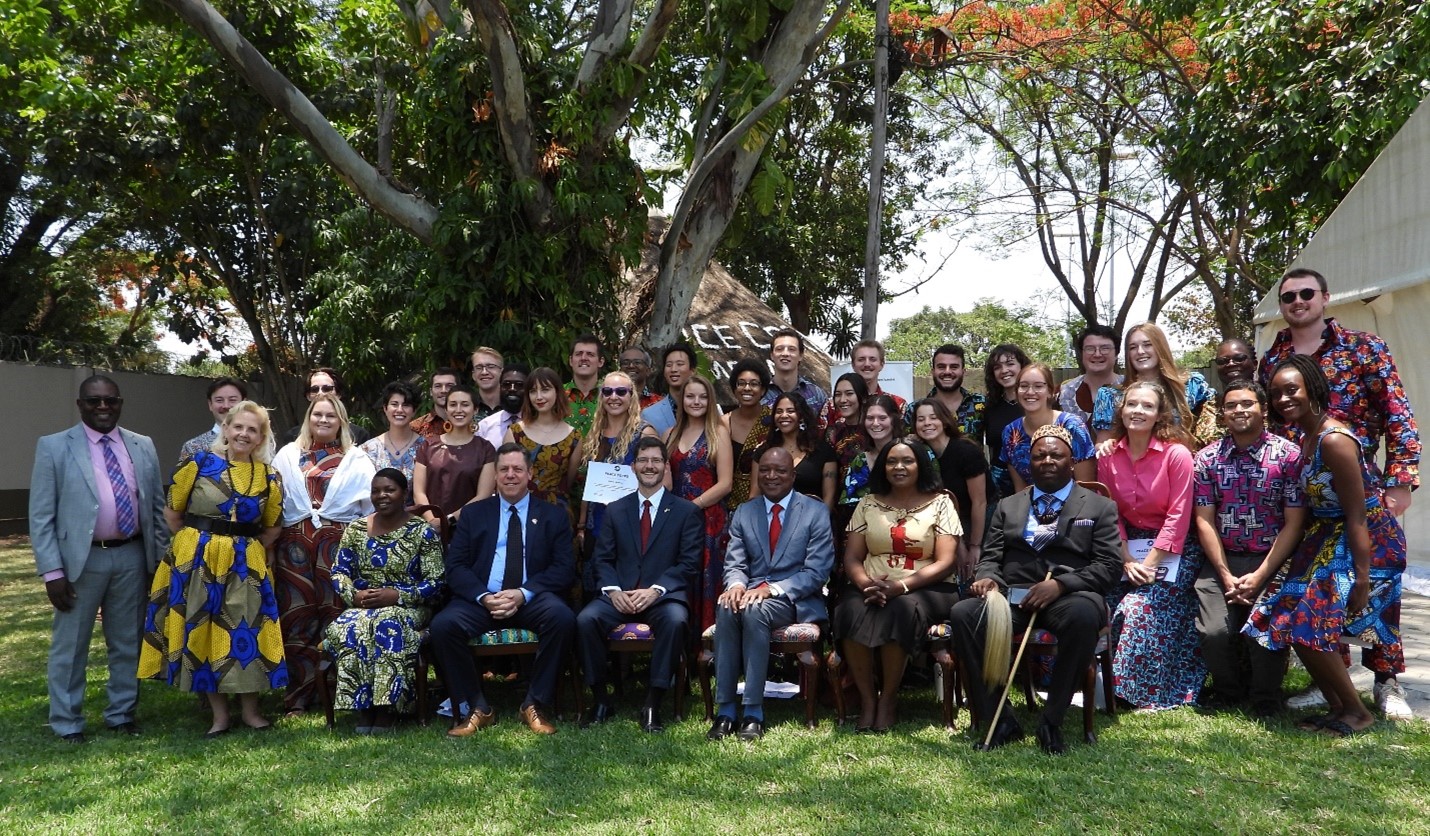 The Peace Corps is an independent agency in the executive branch of the U.S. government.  It was established in 1961 by President John F. Kennedy and formally authorized by Congress through the Peace Corps Act.  Since President Kennedy established the Peace Corps in 1961, more than 240,000 Americans have served in 142 countries worldwide.  Peace Corps Volunteers work hand-in-hand with host country governments, local organizations, and communities to achieve critical development goals.  Zambia has traditionally hosted the largest number of Volunteers of all Peace Corps countries worldwide, with Volunteers serving in Central, Copperbelt, Eastern, Luapula, Lusaka, Muchinga, Northern, North-western, and Southern Provinces.  Peace Corps works in collaboration with key ministries in Zambia, under cross-sector initiatives including health, education, agriculture, and environment.  For more information, visit www.peacecorps.gov/zambia.