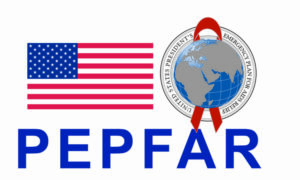 The U.S. President’s Emergency Plan for AIDS Relief (PEPFAR) has made these funds available, which will facilitate programming from the U.S. Agency for International Development (USAID), U.S. Centers for Disease Control and Prevention (CDC), Peace Corps, U.S. Department of State, and the U.S. Department of Defense.  Over the past 17 years, the U.S. government has contributed more than $4.5 billion towards controlling HIV in Zambia, demonstrating the commitment of the American people to a strong and healthy Zambia.

Chargé Young expressed optimism in this latest stage of the U.S.-Zambian relationship, reassuring U.S. support to assist Zambia combat both the HIV and COVID-19 pandemics.

“With 17 years behind us, we will continue to leverage resources to bolster the resilience of the health system and respond effectively to both HIV and COVID-19.  The U.S. government remains committed to improving Zambia’s health security through PEPFAR, the President’s Malaria program, and other health investments,” said Mr. Young.

Permanent Secretary Malama applauded the U.S. government for assuring the Zambian government of its continued support to the country’s national HIV response for the next year.

“The U.S. government’s PEPFAR support since 2003 has been instrumental in our fight against HIV and AIDS by significantly contributing to strengthening health systems and reducing the disease burden of HIV and tuberculosis in the country.  The Zambian government remains indebted to the U.S. government and its people for improving the health and well-being of Zambians,” stated Dr. Malama.