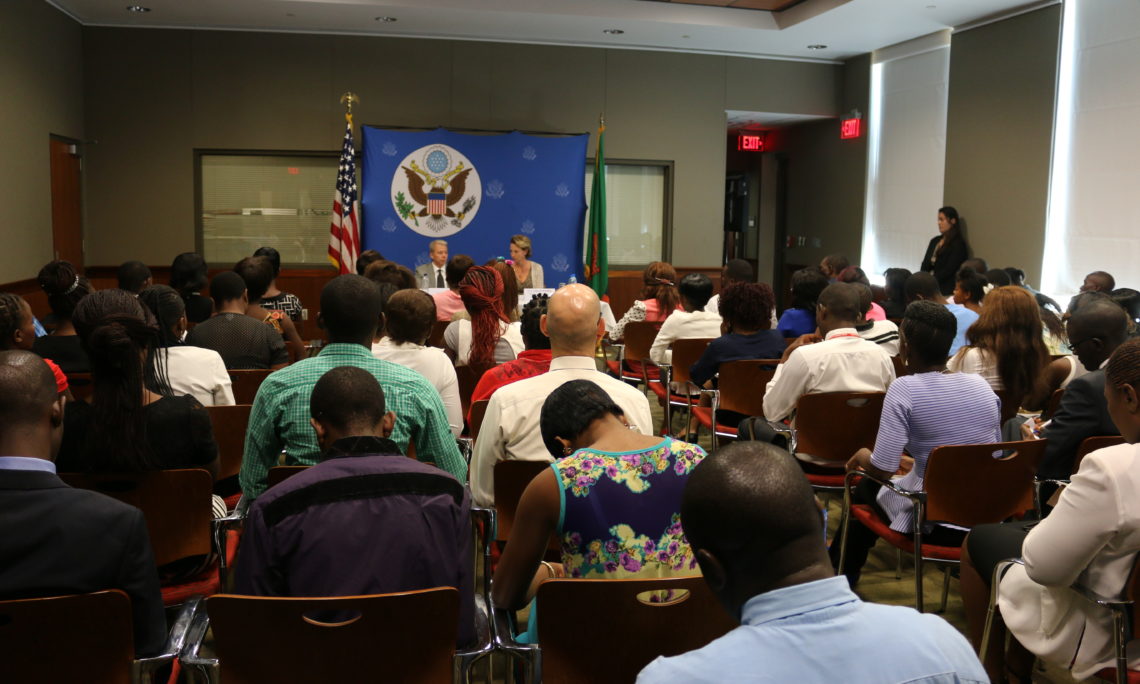 Lusaka, Zambia—The Embassy of the United States to the Republic of Zambia invites Zambians to a discussion with Ambassador Eric Schultz and Michelle Gadd, U.S. Fish and Wildlife Services (FWS) Program Officer for African Elephant and Rhino Programs, on Thursday, October 29, 2015 from 10:00 to 11:00.

The illegal trade in wildlife and wildlife products is one of the largest black markets in the world.  Wildlife trafficking threatens the survival of iconic species, such as rhinos and elephants, the security of nations, economic development, and environmental health.

Crime syndicates throughout southern Africa, which traffic elephant ivory and rhino horns are better organized than ever before and highly dangerous. The scales of the crimes are too big to tackle by any country alone, especially as pressure from the criminals increases.

Ambassador Schultz and Michelle Gadd will talk about this international crisis, President Obama’s initiatives in combatting the crisis, and share how the U.S. Embassy and U.S. FWS support Zambia in the fight against poachers.

Elephants and rhinos are a shared natural heritage. We need to work together to guarantee they have a future.