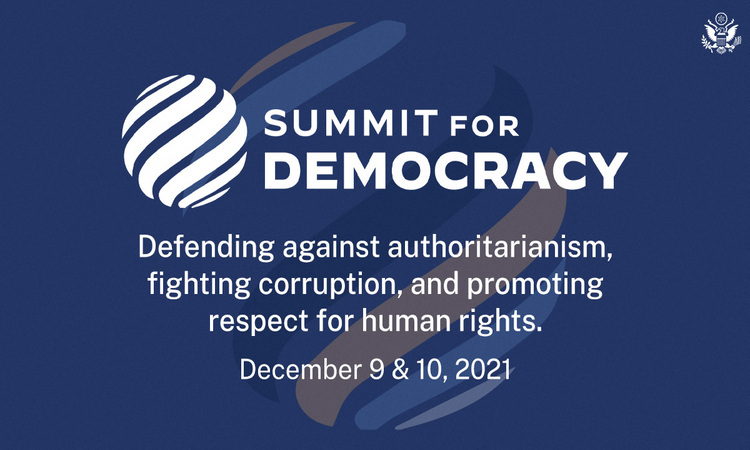 LUSAKA – President Hakainde Hichilema and other Zambian government and civil society representatives participated in the U.S. government’s Summit for Democracy on December 9 and 10.  The first of two Summits for Democracy, this virtual event brought together global leaders from government, civil society, and the private sector to set forth an affirmative agenda for democratic commitments to tackle the greatest threats faced by democracies today through collective action.

Part of the United States’ commitment to placing democracy and human rights at the center of its foreign policy, the Summit laid out an agenda for democratic renewal and the pursuit of innovative and bold commitments to fight repression, combat corruption, and promote human rights globally.  Participants engaged, listened, and spoke honestly about the challenges facing democracy and worked together on meaningful new commitments to meet those challenges.

President Biden’s opening remarks at the Summit emphasized the global community’s imperative to stand up for democrat values and strengthen its democracies to push back on authoritarianism, fight corruption, and promote and protect human right of people everywhere.   President Hichilema made an official intervention on behalf of Zambia and spoke on a panel discussion about democratic elections and the rule of law.  He expressed support for freedom of the press, freedom to assemble and communicate ideas freely, and the promotion of civil liberties for all.

Other Zambian participants included Mwila Bwanga, a youth leader and graduate of the U.S. government-supported Youth Lead program; Speaker of the National Assembly Nelly Mutti; and Rueben Lifuka, Vice Chair of the Transparency International Board of Directors.  The three participated in panel discussions about youth engagement in democracy, advancing the status of women, and countering corruption.

On December 10, the White House announced the Presidential Initiative for Democratic Renewal, through which the U.S. Department of State will launch a landmark set of policy and foreign assistance initiatives that build upon the U.S. government’s work to bolster democracy and defend human rights globally.

Following the inaugural summit, participants will embark on a “Year of Action” to follow through on their commitments.  After coordination, action, and delivery of results in subsequent months, President Biden will host an in-person Summit approximately one year later.