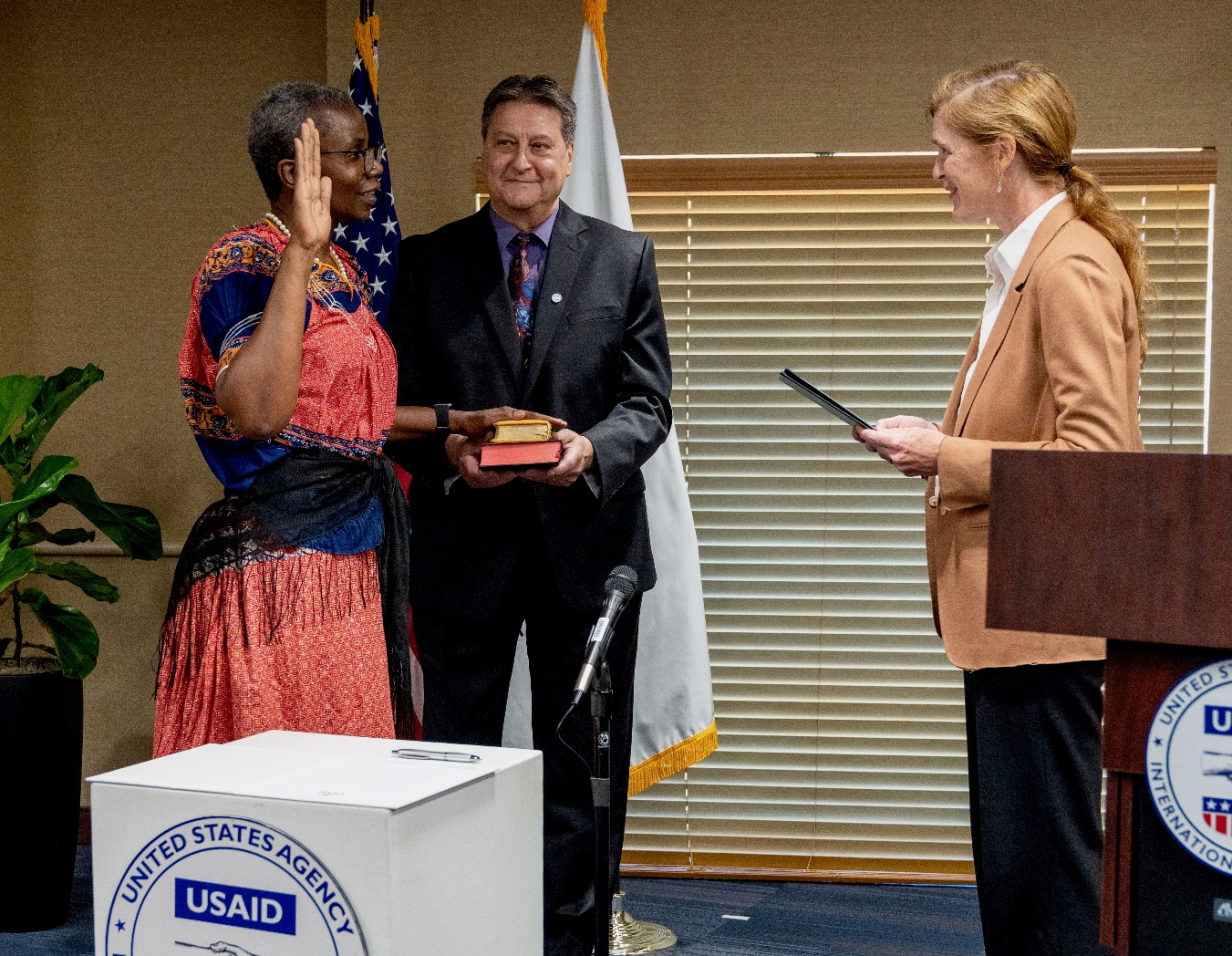 LUSAKA, Zambia — The United States Agency for International Development (USAID) has appointed Zambian-born Monde Muyangwa, PhD., as the Assistant Administrator to the Bureau for Africa.  Appointed by President Biden, Dr. Muyangwa brings with her an impressive combination of personal and professional experience and is uniquely suited to help guide the United States’ African development agenda forward.

During the swearing in ceremony on Thursday, September 1, USAID Administrator Samantha Power noted that Dr. Muyangwa’s arrival comes as the Biden Administration released the U.S. Strategy Toward Sub-Saharan Africa last month.  “This strategy marks an important milestone for the administration, underscoring something Monde has fiercely advocated throughout her career—a recognition that our nation’s future and the continent’s future are inextricably linked,” said Power.

Born and raised in Zambia, Dr. Muyangwa most recently served as the Director of the Wilson Center’s Africa Program.  During her recent U.S. Senate confirmation hearing, Dr. Muyangwa said, “While the narrative about Africa is too often dominated by its challenges, the Africa that I know is also characterized by resilience, transformation, and promise, as partially evidenced by African innovations to mitigate the impacts of the pandemic, expanding tech hubs, and the people fighting to safeguard democracy.”  She added, “These and other developments have reinforced my belief that Africa’s people, particularly its youth, are the continent’s greatest resource.”

“Now, after years of devotion to her education, after moving across the ocean and never backing down, Monde will continue to fulfill the commitment she made as a young girl, to give back to Zambia and to give back Africa,” said Power.