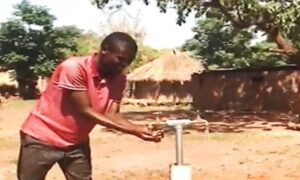 CHIPATA – On July 17, the U.S. Agency for International Development (USAID) completed its Feed the Future Mawa project, which integrated nutrition and economic strengthening in communities throughout Eastern Province.

Implemented by Catholic Relief Services (CRS), Mawa—meaning “East” and “Tomorrow” in Chinyanja—began in 2012 as a five-year initiative designed to increase household and community self-reliance and access to, and consumption of, more diverse and nutritious foods.  The Mawa project worked with smallholder farming households to improve their food and economic security and helped households find a balance between harnessing agriculture for consumption and income through engagement with markets, and focused on nutrition, health, and personal incomes to result in more resilient families and communities.

Speaking at a meeting with CRS Chief of Party as part of the project close-out, Permanent Secretary for Eastern Province Veronica Mwiche said, “It is incumbent upon government ministries and departments to work with existing structures from the ground up to ensure that the infrastructure that has been constructed is sustainably managed.  There should be continued collaboration between government departments, local authorities, and traditional leadership to manage investments made by CRS and USAID.”

Permanent Secretary Mwiche expressed appreciation for Mawa’s contribution to moving Eastern Province closer to achieving the United Nations’ Sixth Sustainable Development Goal: Ensure availability and sustainable management of water and sanitation for all.  In 2018, Mawa received a two-year project extension, which helped protect the gains made over the first five years and allowed for improvement to addressing water, sanitation, and hygiene (WASH) concerns within target communities.

“The U.S. government remains a steadfast partner in Zambia’s development, committing over K5.4 billion  ($300 million) every year through USAID to various sectors, including health, education, water, agriculture, environmental protection, governance, democracy, and human rights,” said USAID/Zambia Mission Director Sheryl Stumbras. “USAID believes every person and every community wants to be empowered to lead their own future.  We support self-reliance by walking alongside our friends on their development journey as evolving, but enduring, partners.”

To complement the Zambian government’s response to the COVID-19 pandemic, USAID and CRS leveraged Mawa WASH investments in collaboration with traditional leadership, government line ministries, and local authorities to promote positive social-behavior change in Eastern Province.  The project facilitated community-led behavior-change activities, such as regular hand-washing at appropriate times, which, in addition to improving household hygiene, also plays a critical role in limiting the spread of COVID-19, and encouraged rural communities to build handwashing facilities.  Mawa WASH initiatives also led to the increased construction and use of household toilets to support environments free of pathogens and the correct disposal of waste.

Over the past seven years, Mawa helped improve the health, economic welfare, and self-reliance of families and communities across Eastern Province, achieved a minimum (nutritionally) acceptable diet for children aged between 6-23 months, and increased the diversification of crop production in the targeted communities.  Through the Mawa WASH initiative, the U.S. government helped facilitate the provision of good-quality, safe drinking water and proper sanitation services under the National Rural Water Supply and Sanitation Program.  As a result, over 113,000 beneficiaries gained access to basic sanitation services, over 100 villages have achieved open defecation-free status, and over 26,000 rural residents have improved access to safe drinking water via the construction of eight piped-water systems and 84 boreholes.