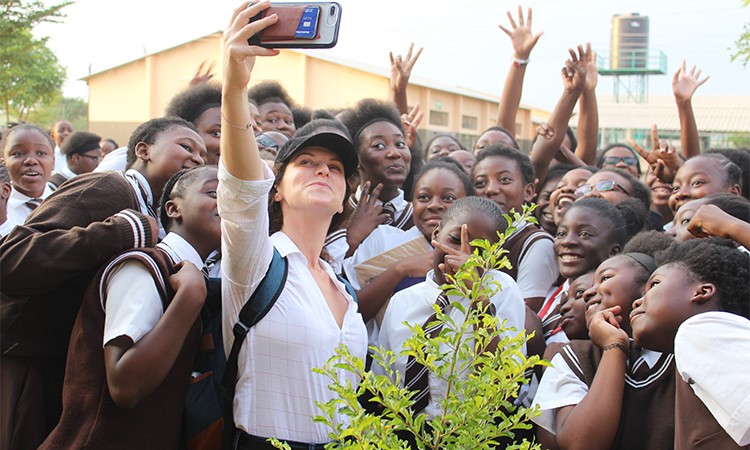 Lusaka — As part of the American Film Showcase in Zambia this week, U.S. award-winning filmmaker Amanda Lipitz today introduced her critically acclaimed documentary, Step, before a packed audience of filmmakers, actors, and other arts enthusiasts at the U.S. Embassy.  The 83-minute film, which premiered at the 2017 Sundance Film Festival and won the Special Jury Award for Inspirational Filmmaking, follows the journey of a girls’ high-school step team in Baltimore, Maryland to win a step dance championship and be accepted into college.

During the launch of the program, U.S. Ambassador Daniel L. Foote said the film offered encouragement for Zambian girls and young women who often face the challenges of teenage pregnancies, early marriages, and dropping out of school.

“I hope we can all play a role as advocates for helping young women and girls to enable them to come back into the educational system and society to be productive members outside the house and live their dreams,” Ambassador Foote said.

During the post-screening discussion segment, Ms. Lipitz discussed her motivation behind pursuing the documentary, conveyed her passion for raising money for project she supports, and expressed a desire to working on documentaries with African filmmakers in the future.

Additional viewings will take place throughout Lusaka and Copperbelt Province during the remainder of the week:

The American Film Showcase, a partnership between the U.S. Department of State and the University of Southern California’s School of Cinematic Arts, brings award-winning contemporary American documentaries, independent fiction films, and documentary know-how to audiences around the world, offering a view of American society and culture as seen by independent filmmakers.  The Showcase highlights the value of film in fostering understanding and cooperation, dialogue and debate.  The U.S. Embassy collaborated with the National Arts Council and Africa Directions for the Zambia portion of the program.